Neuro Methyl Vitamins – This high strength formula of Methyl B12 & Methyl Folate as well as P-5-P, are the bio available form of vitamins. Designed for reducing homocysteine levels and optimumise neuro health.

Homocysteine is a naturally occurring amino acid produced as part of the body’s methylation process. The level of homocysteine in the plasma is increasingly being recognised as a risk factor for disease and seen as a predictor of potential health problems such as cardiovascular disease and Alzheimer’s.

The complex metabolism of homocysteine within the body is highly dependent on vitamin derived cofactors, and deficiencies in vitamin B12, folic acid and vitamin B6 are associated with raised homocysteine levels. Other factors thought to raise levels are poor diet, poor lifestyle – especially smoking and high coffee and alcohol intake, some prescription drugs (such as proton pump inhibitors), diabetes, rheumatoid arthritis and poor thyroid function.

There is no consensus about the upper reference limits for plasma homocysteine concentrations although the ‘normal’ range for healthy individuals is considered to be between 5 and 15 µmol/L. However levels as low as 6.3 µmol/L are thought to confer an increased risk and each 5 µmol/L can increase the risk of coronary heart disease events by approximately 20%.

Many factors are thought to raise levels of homocysteine; among them are poor diet, poor lifestyle especially smoking and high coffee and alcohol intake, some prescription drugs, diabetes, rheumatoid arthritis and poor thyroid function. Raised levels are also associated with chronic inflammatory diseases in general, and some intestinal disorders such as coeliac and Crohn’s diseases. Levels increase with age and higher levels are more common in men than women. Levels of homocysteine can increase with oestrogen deficiency and with some long term medications, including corticosteroids. Strict vegetarians and vegans may also be at risk and people who suffer from stress. As with cholesterol, family history and genetic make-up can play a part in causing raised levels as can obesity and lack of exercise. Even people with an active, healthy lifestyle may still be at risk, if there is a family history of high levels of homocysteine or disease. 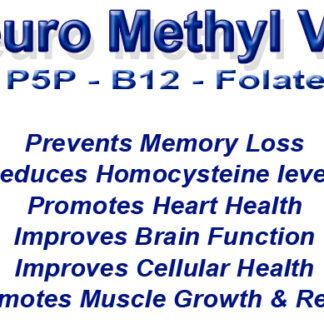