Brown seaweeds (Phaeophyceae) are a large group of multi-cellular macroalgae that are widely distributed in marine aquatic environments. They are abundant in several bioactive sulfated polysaccharides known as Fucoidan (FCD).

Research studies demonstrated the beneficial functions of FCD in human medicine because of its immunomodulating, antioxidant, anti-allergic, antitumor, antiviral, anti-inflammatory, and hepatoprotective effects. 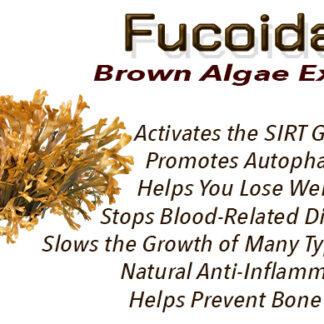