This is over most potent 5-HTP (5-Hydroxytryptophan) made from 100% Natural Griffonia Simplicifolia Seed Extract giving you pure 400mg per capsule.

5-HTP is an amino acid. Amino acids are substances that build proteins in your body. 5-HTP is related to serotonin, a brain chemical that affects mood, sleep, and pain. It is available as a supplement and is generally considered safe.

5-HTP works in the brain and central nervous system by increasing the production of the chemical serotonin.

Serotonin can affect sleep, appetite, temperature, sexual behaviour, and pain sensation. Since 5-HTP increases the synthesis of serotonin, it is used for several diseases where serotonin is believed to play an important role including depression, insomnia, obesity, and many other conditions. 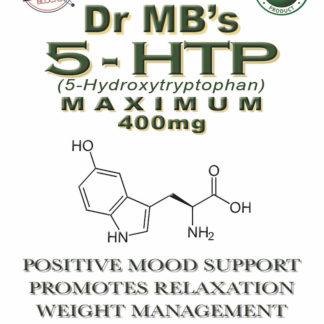