What is Vitamin A?

Vitamin A is a fat soluble vitamin that is also a powerful antioxidant. Vitamin A plays a critical role in maintaining healthy vision, neurological function, healthy skin, and more. Vitamin A- like all antioxidants- is involved in reducing inflammation through fighting free radical damage. Consuming a diet high in antioxidants is a way to naturally slow ageing.

Antioxidants like Vitamin A are also responsible for building strong bones, regulating gene regulation, maintaining healthy clear skin, facilitating cell differentiation, and supporting immune function. Some of the best sources of Vitamin A include eggs, milk, liver, carrots, yellow or orange vegetables such as squash, spinach, and other leafy green vegetables.

Main Health Benefits of Vitamin A

Vitamin A is a critical part of the rhodopsin molecule, which is activated when light shines on the retina, and it sends a signal to the brain, which results in vision. Beta carotene, the form of vitamin A found in plants, plays a role in preventing macular degeneration, the leading cause of age-related blindness.

In a study sponsored by the National Eye Institute, as an Age-Related Eye Disease Study, people at high risk for the disease who took a daily multiple vitamin that included vitamin A, vitamin C, vitamin E, zinc and copper, had a 25 percent reduced risk of advanced macular degeneration during a six-year period.

Another study was done in early 2011, by researchers at Columbia University Medical Center in New York; they found that a synthetic, altered form of vitamin A might be able to slow the progression of Stargardt’s disease, an inherited eye disease that causes severe vision loss in young people.

Several immune system functions are dependent on sufficient vitamin A, which is why it is known as an important immune booting vitamin. Genes involved in immune responses are regulated by Vitamin A, which means it is essential for fighting serious conditions like cancer and autoimmune diseases, but also illnesses like the flu or common colds.

Beta-carotene is also a powerful antioxidant that can help boost the immune system and prevent a variety of chronic illnesses. Vitamin A can especially help the immunity of children. A study done in London found that vitamin A supplements reduced child mortality by 24 % in low and middle-income countries. The study also found that vitamin A deficiency in children increased their vulnerability to infections like diarrhea and measles.

Another study conducted by the Colombian health-related social security system gave 100,000 children vitamin A supplements, who typically weren’t taking any.  They found that there was an estimated savings in medical costs, of $ 340,306,917 due to the number of events involving diarrhea (4,268) and malaria (76), and hospitalization, that were reduced due to the supplementation. This study concluded that it would be cost effective to use vitamin A supplements for the treatment of these medical issues in children.( 1)

Vitamin A has antioxidant properties that neutralize free radicals in the body that cause tissue and cellular damage. Vitamin A can prevent the cells from becoming overactive. When the immune system overreacts to food proteins, this is what creates  food allergies and eventually inflammation. Vitamin A intake can help to lower the risk of certain types of food allergies because it helps to prevent this dangerous overreaction.

Reduced levels of inflammation are also correlated with a lower risk for neurodegenerative diseases like Alzheimer’s disease and Parkinson’s disease.

Vitamin A is necessary for wound healing and skin re-growth. It is needed to support all of the epithelial (skin) cells both internally and externally and is a powerful aid in fighting skin cancer. Vitamin is needed to form glycoproteins, a combination of sugar and protein, which help the cells bind together forming soft tissues.

A deficiency of vitamin A can lead to a poor complexion, as indicated by studies that prove that vitamin A can fight acne and improve overall skin health. Vitamin A keeps the lines and wrinkles in your skin away by producing more collagen, which is responsible for keeping the skin looking young. Vitamin A can also contribute to healthy hair.

According to a study conducted at the University of York, vitamin A intake could help treat several forms of cancer thanks to the vitamin’s ability to control malignant cells in the body. It is currently understood that retinoic acid plays important roles in cell development and differentiation as well as cancer treatment.

Since high doses of retinoic acid may lead to cytotoxicity, meaning it can be toxic to cells, so it is probably best utilized as a potential supplement in one’s daily diet to prevent or suppress cancer progression.(2)

Keep in mind it is always best to get vitamin A from natural sources, like food, and not to overload on vitamin A supplements in hopes of preventing disease, as more is not necessarily better. 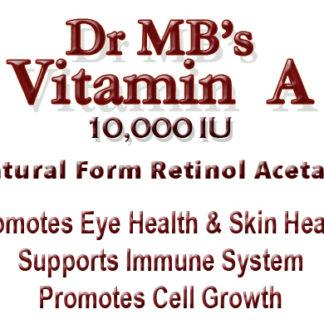