The Best Mood Enhancer one can fine and 100% Natural

Our Mucuna Pruriens is sourced from India and the Islands under very strict quality control and we have a 20:1 Extract from 10000mg of pure MP powder. This is the most potent available in the UK.

Today, Mucuna Pruriens is used for treating  anxiety, arthritis, parasitic infections, and a condition called hyperprolactinemia. In hyperprolactinemia, the blood levels of a hormone called prolactin are too high.

Mucuna Pruriens is also used to relieve pain and fever, to induce vomiting, and to treat snakebite.

In a study done with 60 subjects, a statistically significant decrease in the symptoms of Parkinson’s Disease was found in patients treated with Mucuna Pruriens, compared to the control, levodopa treatment.

In another study, Mucuna Pruriens (MP) was found to be just as effective as levodopa treatment, but MP had a faster absorption rate and reached peak level faster.

These two studies suggest that Mucuna Pruriens, a natural source of L-Dopa, has advantages over conventional sources of L-Dopa, levodopa, in the management of Parkinson’s Disease.

2) Mucuna Pruriens is an Antidepressant

The antidepressant effects of MP extract were investigated with the Forced Swim Test (FST) and Tail Suspension Test (TST). MP extract significantly reduced immobility time in the FST and TST. These results indicate that MP extract has antidepressant abilities.

In a study done to assess the effects of MP in infertile men who were under psychological stress, 60 infertile, stressed males were assessed based on a questionnaire and cortisol levels. 60 healthy, fertile males were used as the control.

MP is commonly used as a supplement to treat male infertility and has been shown to increase sperm motility, sperm quality, and sperm count. In a double-blind study with 60 infertile men, treatment with MP (5 grams) improved sperm count and motility. This study shows that MP increases sperm quality and can be used as a treatment for infertility.

In a study examining the effects of MP on infertile men, it was found that MP increased testosterone levels. This was only found in infertile men and it is unsure if the same effects occur in fertile men. 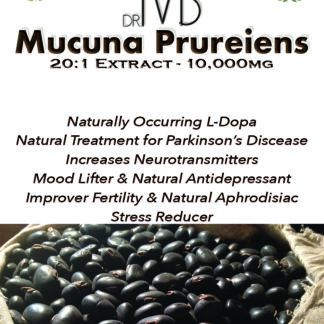