If you are looking to restore your energy, look younger, and reverse disease then Ashvagandha may be the herb you’re looking for. As you’re about to see, Ashvagandha benefits are impressive.

Now we have the most powerful Pure Extract giving you an equivalent of 12,000 mg of raw Ashvagandha Root powder in a single capsule. The best (Withania Somnifera) all made in the UK under GMP certification.

Ashvagandha, is an adaptogenic herb popular in Ayurvedic medicine that has shown incredible results for lowering cortisol and balancing thyroid hormones.

In India, Ashvagandha is known as the “strength of the stallion” since it has traditionally been used to strengthen the immune system after illness.

Ashvagandha has also been referred to as Indian ginseng because of its ability to enhance stamina and has extraordinary stress relieving properties.

There have been over 2000 studies on Ashvagandha’s ability to:

Keep reading to find out the numerous benefits you get by taking this Miracle Herb. You would not want to miss out on this Ashvagandha. . . .

Your adrenal glands are endocrine glands that are responsible for releasing hormones (cortisol and adrenaline) in response to stress on your body.

If your adrenals are overtaxed due to an overabundance of emotional, physical and mental stress, it can lead to a condition known as adrenal fatigue. As you can see from this chart below, if your adrenals become exhausted it can also disrupt your other hormones, including progesterone, which can cause infertility and lower DHEA — which can cause you to age faster. 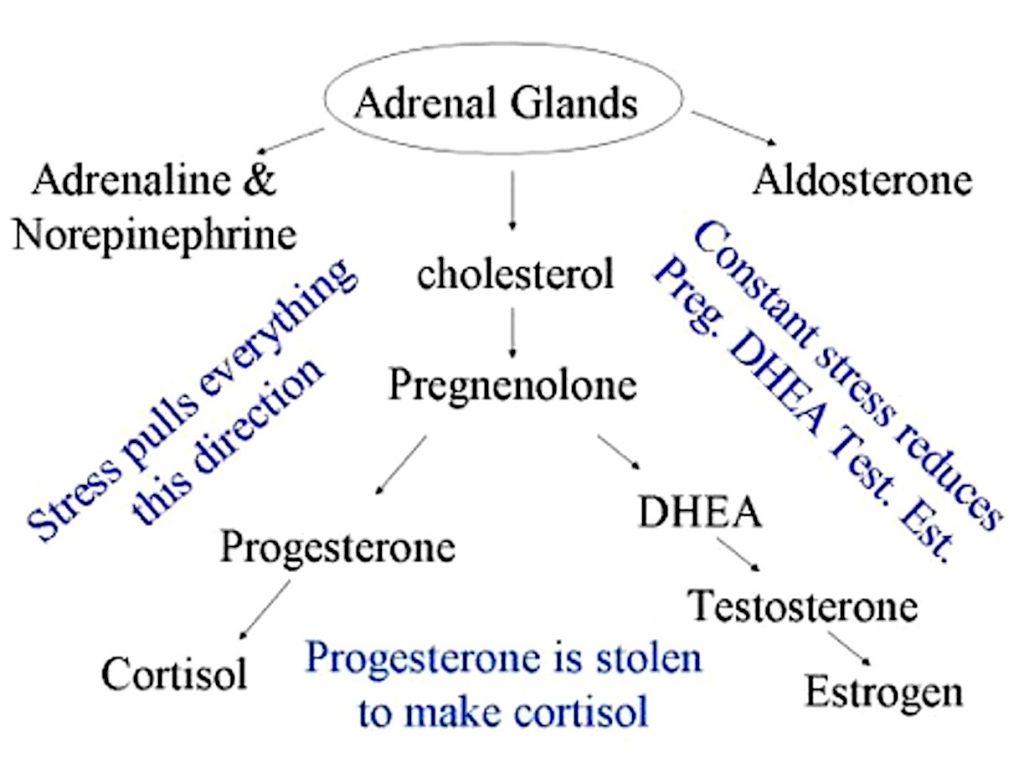 A case study reported a case of a 57-year-old woman with non-classical adrenal hyperplasia. She was treated with Ashvagandha for six months, and after her treatment she saw improvements in four adrenal hormone markers, including corticoosterone and 11-deoxycortisol, which decreased by 69 percent and 55 percent respectively — a major improvement!

This hormonal improvement was also accompanied by a noticeable reduction in hair loss.

Emotional, physical, and chemical stress can all have damaging effects to the brain and nervous system.  Recent research has proven Ashvagandha is more than a stress reliever, it also protects the brain from degeneration and improves symptoms of Alzheimer’s, depression, and anxiety.

One of the main reasons Ashvagandha is so effective at healing the brain has to do with its powerful antioxidants that destroy free radicals that cause ageing. A study published in Phytotherapy Research explains these benefits:

“Several studies have revealed that natural antioxidants, such as vitamin E, vitamin C and beta-carotene, may help in scavenging free radicals generated during the initiation and progression of this [Alzheimer’s] disease.

Researchers at the National Brain Research Centre found people with Alzheimer’s were unable to retain what they learned, but after 20 days of supplementing with Ashvagandha, this improved significantly. The results of the study found a reduction in amyloid plaques (these cause degradation of the brain).

There is also now evidence that Ashvagandha is effective at treating both anxiety and depression.  In fact, in a recent study its results were comparable to common pharmaceutical drugs lorazepam and imipramine without the side effects.

In the 12-week controlled study, 87 participants with anxiety were given 1000mg of ashwagandha two times a day or two placebo pills two times per day.  The group treated with Ashvagandha resulted in much greater improvements in anxiety as well as focus, reduced stress, and decreased fatigue than the placebo group.

The other major benefit of Ashvagandha is that there are no adverse reactions by taking it compared to anti-depressant and anti-anxiety medications which can have terrible side effects.

Ashvagandha is a superstar when it comes to improving the health of your thyroid.  Scientists don’t completely understand how adaptogens work, but we know that they can be extremely effective especially at balancing hormones.

One of the most incredible aspects about adaptogenic herbs like Ashvagandha is that it can help people with both hypo and hyper thyroid issues.  It has been shown to support a sluggish thyroid for people diagnosed with Hashimotos, and has been shown to improve the health of those with an overactive thyroid or Graves disease.

Adaptogenic herbs work with your body to bring you back into balance whether your levels are high or low.

Studies reveal Ashvagandha has a thyroid hormone balancing effect.  In a 20 days study patients were give Ashvagandha and their T3 and T4 levels were analysed along with lipid peroxidation (anti-oxidant protection).  Significant increases in serum T4 were found which indicates this herb has a stimulatory effect on a sluggish thyroid.

Also, Ashvagandha may benefit thyroid function because it greatly reduced lipid peroxidation by promoting scavenging of free radicals that cause cellular damage. These results prove Ashvagandha can be useful in treating hypothyroidism.

There are currently millions of people who struggle with thyroid problems (many who don’t even know it) and Ashvagandha may just be the solution they are searching for.

There are hundreds of benefits of taking Ashvagandha if you need any further knowledge on this amazing herb get in touch with us. 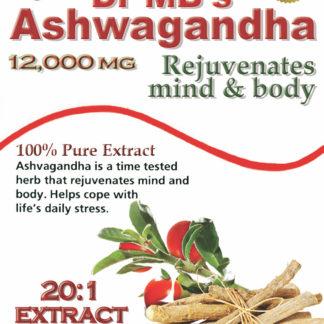