Our Glutathione Booster is a 995mg capsule.

Coined as the “The Mother of All Antioxidants” by Dr Mark Hyman, glutathione is one of the hottest topics in both natural health and medical circles today.  Over 139,000 peer-reviewed scientific articles have addressed this powerhouse molecule, and experts are now recognising that an alarming rate of people are deficient because of:

So exactly what is glutathione and what does it do? Glutathione (GSH) is a peptide consisting of three key amino acids that plays several vital roles in the body. Longevity researchers believe that it is so pivotal to our health that the level of GSH in our cells is becoming a predictor of how long we will live!

The key to understanding why GSH is so crucial for health is that every cell in our bodies produces it. In the words of Gustavo Bounous, MD, retired professor of surgery at McGill University in Montreal, “It’s the [body’s] most important antioxidant because it’s within the cell.” Although it’s absolutely essential to maintaining a healthy immune system, it is not technically an “essential nutrient” because the body can create it from the amino acids L-cysteine, L-glutamic acid (a component of glutamine) and glycine.

Some of the functions that GSH is responsible for include:

In modern medicine, there are several other glutathione uses as well.

What are the health benefits of glutathione? In addition to helping these vital functions continue in the body, the list of glutathione benefits is extensive: 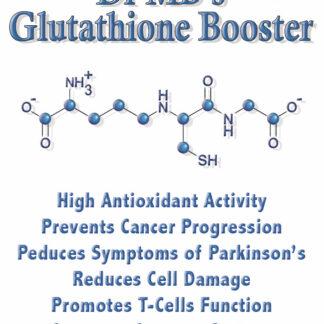