What Are the Aloe Vera Benefits?

Most people use aloe gel as a remedy for skin conditions, including burns, sunburn, frostbite, psoriasis and cold sores, but there is a host of other aloe vera benefits. Aloe gel is used for treating osteoarthritis, bowel diseases, fever, itching and inflammation.

It’s also used as a natural remedy for asthma, stomach ulcers, diabetes and for soothing side effects of radiation treatment. Aloe latex is used to naturally treat depression, constipation, asthma and diabetes.

There have been numerous reports that have explored the role of topical aloe vera administration in skin conditions and wound healing management, including the treatment of psoriasis, dermatitis, oral mucositis, surgical wounds and as a home remedy for burn injuries. The first study of this kind was surprisingly done in 1935! Aloe vera extract was reported to provide rapid relief from the itching and burning associated with severe radiation dermatitis and skin regeneration.

A 1996 study done at the Department of Clinical Physiology in Sweden included 60 patients with chronic psoriasis who participated in a randomized, double-blind, controlled trial of aloe vera or placebo cream. The cure rate in the aloe vera group was 83 percent (!) compared to only 7 percent in the placebo group, and there were no relapses reported at the 12-month follow-up.

In 2009, a systematic review summarized 40 studies that involved using aloe vera for dermatological purposes. The results suggest that oral administration of aloe vera in mice works effectively to heal wounds, can decrease the number and size of papillomas (small growths on the skin), and reduce the incidence of tumors by more than 90 percent in the liver, spleen and bone marrow. The studies also showed that aloe vera effectively treats genital herpes, psoriasis, dermatitis, frostbite, burns and inflammation. It can be used safely as an antifungal and antimicrobial agent.

Aloe vera gel has a protective effect against radiation damage to the skin. With the threat of nuclear warfare always looming, the U.S. government conducted research on the ability of aloe vera to treat thermal and radiation burns with the aim of introducing its use into the military.

By 1959, the U.S. Food and Drug Administration approved the use of aloe vera ointment as an over-the-counter medication for healing burns on the skin. When aloe vera gel is used on burns, it prevents UV-induced suppression so the area can heal at a faster rate.

When aloe vera gel is applied to a cold sore a few times a day, it eases the discomfort and helps speed the healing process. It’s also safe when consumed by mouth, so there is no need to worry about swallowing this natural treatment. Aloe vera has antiviral and anti-inflammatory properties that accelerate healing and reduce pain associated with cold sores — or any sores on the mouth.

The amino acids and vitamin B1, vitamin B2, vitamin B6 and vitamin C are also extremely helpful. One of the vitamin B6 benefits, for example, is it acts as a natural pain treatment and creates antibodies that our immune system uses to protect us.

Aloe vera is a great natural treatment for dry hair or an itchy scalp. It has nourishing properties, and the tons of vitamins and minerals that are present keep your hair strong and healthy. Because of aloe vera’s antibacterial and antifungal properties, it also helps with dandruff, and the gel’s enzymes can rid the scalp of dead cells and promote the regeneration of skin tissue around the hair follicles.

Aloe also helps stop the itching associated with dandruff or a dried scalp. Too many shampoos and conditioners are full of chemicals that damage hair and can even cause inflammation and skin irritations; adding aloe vera is an effective way to keep your scalp free of bacteria and uncomfortable skin reactions.

The use of aloe latex as a laxative is well-researched; the anthraquinones present in the latex create a potent laxative that increases intestinal water content, stimulates mucus secretion and increases intestinal peristalsis, which are contractions that break down food and mix the chyme.

In a double-blind, randomized, controlled trial of 28 healthy adults, aloe vera latex was reported to have a laxative effect compared to a placebo that was stronger than the stimulant laxative phenolphthalein — making aloe vera a natural constipation relief remedy.

One study reported in the Journal of Research in Medical Sciences found that 30 milliliters of aloe vera juice twice a day decreased the level of discomfort in 33 patients with irritable bowel syndrome. Flatulence also decreased for the participants, but stool consistence, urgency and frequency remained the same. Although the study suggests that aloe vera can be beneficial to people with IBS, more data is needed to conclude that it can be used as an effective treatment.

Another study from the Avicenna Journal of Phytomedicine tested aloe vera on a group of rats with gastrointestinal problems. The gastric acid levels were significantly decreased in rats treated with aloe vera. The study also measured the gut-brain connection and reported data on the water content found in the brains of the rats with aloe vera treatment. The water content in the treated rats was reduced, which suggests that the brain influences the gut and gastrointestinal problems.

Aloe vera has been used to soothe and heal stomach ulcers because it has antibacterial agents and natural healing properties that can restore the stomach lining back to health.

The enzymes present in aloe vera break down the proteins that we eat into amino acids and turn the enzymes into fuel for every cell in the body, which enables the cells to function properly. The bradykinase in aloe vera stimulates the immune system and kills infections. Zinc is also an important component in aloe vera — making it a great source to combat zinc deficiency — because it’s essential to maintain immune function.

It helps us ward off diseases, kill bacteria and protect the function of our cell membranes. Zinc is also a key structural component for a slew of hormone receptors and proteins that contribute to healthy, balanced mood and immune function.

A 2014 report points out that aloe vera is being studied for its uses in dentistry; this is because it has proved to be be an antiseptic, anti-inflammatory, antiviral and antifungal plant, and it’s very good in building up the immune system without causing allergic reactions or side effects. It’s gaining popularity because it’s completely natural — and it’s being called a miracle plant.

We know that inflammation is at the root of most diseases. Aloe vera provides an amazing number of vitamins and minerals that help reduce inflammation and fight free radical damage.

Vitamin A, for instance, plays a critical role in maintaining healthy vision, neurological function and healthy skin because it’s an antioxidant that reduces inflammation. Vitamin C is another important component found in aloe vera; it protects the body from cardiovascular disease, prenatal health problems, eye disease and even skin wrinkling. Vitamin E benefits include being a powerful antioxidant that reduces free radical damage, fights inflammation and helps naturally slow the aging of cells.

These antioxidant properties are also helpful when you’re exposed to cigarette smoke or UV rays from sunlight — they protect the skin from skin cancer and fight skin inflammation after exposure to the sun. Aloe vera can also naturally treat acne and eczema since it helps the healing process in the skin. Bradykinase, also present in aloe vera, helps reduce excessive inflammation when applied to the skin topically.

Some evidence in humans and animals suggests that aloe vera is able to alleviate the chronic hyperglycemia and perturbed lipid profile that are common among people with diabetes and are major risk factors for cardiovascular complications. This add natural diabetes cure to the list of aloe vera benefits.

In two related clinical trials, 72 diabetic women without drug therapy were administered one tablespoon of aloe vera gel or a placebo for six weeks. Blood glucose and serum triglyceride levels were significantly decreased with aloe vera treatment. In the second trial, the effects of aloe vera gel or placebo in combination with glibenclamide, a commonly prescribed antidiabetic medication, were investigated; this, too, resulted in significant reductions in blood glucose and serum triglyceride concentrations in the aloe vera group. 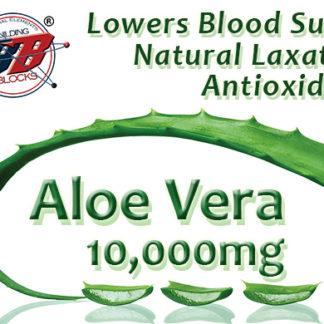