Our Advanced Eye Health Capsules are made of 100% Natural Pure Marigold Extract and is an excellent product for Eye Health.

It is believed that Lutein, Zeaxanthin and Meso-Zeaxanthin in the macula block blue light from reaching the underlying structures in the retina, thereby reducing the risk of light-induced oxidative damage that could lead to macular degeneration (AMD).

A number of studies have found that Lutein and Zeaxanthin either help prevent AMD or may slow progression of the disease:

Be the first to review “Advanced Eye Health – 60 Capsules” 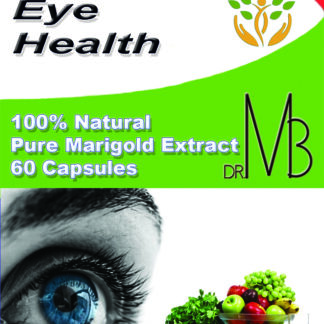