This is a very active 100% Virgin Cold Pressed Organic Oil.

The benefits of Black Seed Oil are amazing and one must read this full article.

Out of the many, the top 7 Black Seed Oil Benefits

Of the many ways that black seed oil benefits the body, the six that stick out in the scientific literature tout its ability to help prevent cancer, diabetes, obesity, hair loss, skin disorders and infections like MRSA.

Croatian scientists evaluated the antitumor activity of thymoquinone and thymohydroquinone in mice and discovered that the two phytochemicals in black seed oil can resulted in 52 percent decrease in tumor cells.

Being rich in both chemicals, black seed is unique in that it can help prevent and treat cancer through a variety of mechanisms:

According to one study, the anti-tumor effects of thymoquinone have also been investigated in tumor xenograft for colon, prostate, pancreatic and lung cancer.

The liver is one of the most important organs in the body. Nearly every toxin gets processed through the liver, and the bile from the liver is the key to digesting fats and keeping your mind and body happy and healthy.

For those that have struggled with poor liver function due to medication side effects, alcohol consumption or disease, black seed oil could greatly speed the healing process. In a recent study, scientists discovered that black seed oil benefits the function of the liver and helps prevent both damage and disease.

Explained in a recent article published by the Journal of Endocrinology and Metabolism, researchers from the Indian Council of Medical Research highlight that black seed oil “causes gradual partial regeneration of pancreatic beta-cells, increases the lowered serum insulin concentrations and decreases the elevated serum glucose.” This is actually quite profound because Nigella sativa is one of the few substances on the planet that is suggested to help prevent both type 1 and type 2 diabetes.

In fact, according to the study, black seed “improves glucose tolerance as efficiently as metformin; yet it has not shown significant adverse effects and has very low toxicity.”  This is HUGE because metformin, one of the most commonly prescribed type 2 diabetes drugs, can cause a wide slew of side effects.

The Journal of Diabetes and Metabolic Disorders published a study systemically reviewing the literature for plants that have anti-obesity properties and discovered that black seed oil was amongst the most effective natural remedies on the planet.

Not traditionally believed to treat obesity, Nigella sativa is a marvelous anti-inflammatory agent that is known to help people lose weight in the same way that it helps diabetics. Specifically, by decreasing these weight gain triggers, black seed oil has helped millions shed excess weight:

Probably one of the most unique black seed oil benefits is its uncanny ability to help restore hair loss. No one quite understands why it happens, but it’s not too hard to guess that it has something to do with its powerful antioxidant and antimicrobial properties. By strengthening hair follicles, there is very good reason to see how black seed oil can help promote strengthened hair roots.

Produced in the retina, choroid and epidermis, melanin are pigments that protect the skin from damage.  Known to promote and inhibit melanogenesis (melanin production), black seed oil benefits on the skin and other cells are profoundly healing.

For example, in a study conducted by Iranian researchers, Nigella saliva was found as effective as the skin cream Betamethasone in improving quality of life and decreasing severity of hand eczema. When you consider that black seed oil has virtually no side effects, the benefits of Nigella, in fact, far exceed medical intervention!

Of all the superbugs that black seed oil can kill, Methicillin Resistant Staphylococcus Aureus (MRSA) is one of the most important. MRSA is plaguing hospitals and nursing homes across the globe because ordinary staph infections are becoming resistant to generic antibiotics. The elderly population is especially at risk because it is generally associated with invasive procedures such as surgeries, intravenous tubing and artificial joints. Primarily due to weakened immunity, the growing population of senior citizens has made MRSA a global public health risk.

Thankfully, one of the strongest black seed oil benefits may help. Scientists took several strains of MRSA and discovered that each one was sensitive to N. Sativa, proving that black seed oil can help slow down or stop MRSA from spreading out of control.

Black seed oil is made from the seeds of the black cumin (Nigella sativa) plant which belongs to the ranunculus family (Ranunculaceae). The black cumin plant is native to southwestern Asia, the Mediterranean and Africa. It has been grown for centuries for its aromatic and flavorful seeds that can be used as a spice or as an herbal medicine. Black seed oil is also commonly called black cumin seed oil.

Quite possibly, the most promising research has been done connecting Nigella sativa to multi-drug resistant bacteria. This is a real big deal because these so-called “superbugs” are becoming a significant public health risk. According to the National Institute of Health:

A study conducted by Jawaharlal Nehru Medical College researchers set out to determine just how potent black seed oil against some of these superbugs and paired it against several antibiotics, such as Amoxicillin, Gatifloxacin and Tetracycline. According to the study, “Out of 144 strains tested, most of which were resistant to a number of antibiotics, 97 were inhibited by the oil of black cumin.”

Next to oregano oil, few things on the planet can boast this type of potency to microbes. The study uncovered that it was especially effective against multi-drug resistant strains of P. aeruginosa and S. aureus.

The key to understanding why black seed oils benefits the body in this way is because it’s rich in three key natural chemicals: thymoquinone (TQ), thymohydroquinone (THQ) and thymol.

In an effort to offer a solution to the growing antifungal resistant problem people have with yeasts and molds, a recent study was conducted with the purpose of determining if Nigella sativa seed oil could help. Published in the Egyptian Journal of Biochemistry & Molecular Biology, scientists tested thymol, TQ and THQ against 30 human pathogens and were surprised to discover that:

What this study tells us is that Nigella sativa oil carries a very unique chemical constituency that is not only effective individually, but more importantly also collectively. Essentially proving that fungus and molds cannot exist in the presence of these phytochemicals, it is no wonder why researchers are seeking to solve the superbug problem with black seed oil.

Thymoquinone – An active ingredient in black seed, researchers have been investigating TQ since the 1960s. It is well known for its antioxidant, anti-inflammatory and anti-cancer properties that have been reported to help with encephalomyelitis, diabetes, asthma and carcinogenesis.

Interestingly, thymoquinone acts as a free radical or an effective superoxide radical scavenger, in addition to preserving antioxidant enzymes glutathione peroxidase and glutathione-S-transferase. Both Glutathione peroxidase and S-transferase are heralded for being major detoxifiers and greatly aid in cellular antioxidant defense systems because they protect the liver from toxins.

To give you an idea of their usefulness, pharmaceutical-grade acetylcholinesterase inhibitors are used medicinally to treat a wide range of conditions including: 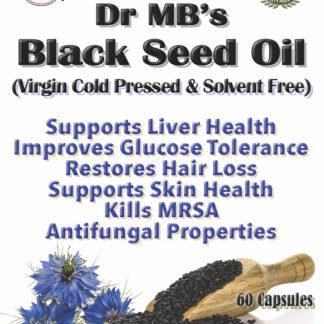