Our Dr MB’s N-Acetyl L-Tyrosine is the best you can get, as it is a more soluble form of L-Tyrosine so more bioavailable to your body.

We recommend using N-Acetyl L-Tyrosine (NALT) as a nootropic supplement.

Your body does synthesise some L-Tyrosine from phenylalanine which comes from high-protein foods like chicken, fish, almonds, avocados and bananas.

But most of us don’t get enough L-Tyrosine from our diet. So supplementation will help. And N-Acetyl L-Tyrosine is a highly bioavailable form of L-Tyrosine. So you should feel its effects faster.

NALT is helpful for most neurohackers to combat stress and sleep deprivation. It’ll boost dopamine, norepinephrine and epinephrine levels.

It’s particularly helpful if you take NALT prior to a stressful situation, workout or physically demanding job.

NALT is especially helpful to those dealing with ADHD/ADD. It’s a great compliment to stack with stimulant meds like Ritalin or Adderall. NALT will provide the dopamine your brain needs. It will help smooth out and prolong the effects of stimulant meds. And help prevent the associated crash when they wear off.

N-Acetyl L-Tyrosine has are several benefits:

loss of Interest in sex,

How does it work?

The body uses tyrosine to make chemical messengers that are involved in conditions involving the brain such as mental alertness. 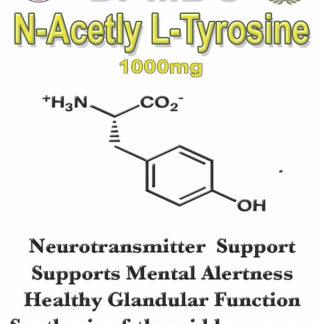