is our top quality Nervous System Support product that is incomparable with any other in the market.

Choline plays a part in several important processes within the body that are carried out hundreds of times, every single day.

Choline is a water soluble nutrient that is related to other vitamins, such as folate and those in the B vitamin complex family. Just like B vitamins, choline plays a similar role in terms of supporting energy and brain function, as well as keeping the metabolism active.

Inositol’s primary function is to keep fats collecting from the body particularly in the liver. Inositol is added into energy drinks because it is efficient in converting nutrients into energy.

Highest levels of Inositol concentrations are found in the heart and brain; inositol works with neurotransmitters in message circulation. Inositol has numerous health benefits.

Continue reading about the importance of including Choline + Inositol in our daily diet . . . .

Symptoms of a choline deficiency may possibly include:

People with a condition of the liver called “fatty liver” are at a higher risk for having choline deficiency and experiencing negative symptoms. Fatty liver, also known as fatty liver disease (FLD), is a reversible condition where triglyceride fat accumulates in liver cells. It commonly develops with people who have an excessive alcohol intake, are obese, suffer with diabetes or a form of insulin resistance, and have other diseases that influence fat metabolism.

A choline deficiency may also play a part in age-related cognitive decline, including memory loss and Alzheimer’s disease. This is because choline helps with neurotransmitter maintenance and, as someone ages, nerve signalling can decrease and signs of dementia can be experienced.

Choline helps the body to absorb fat, and fats are then used to create cell membranes and structures. Without enough choline in the body, our cells cannot properly withhold their structure and signal messages to other parts of the body.

What is choline’s role in gene expression and DNA? Choline is needed to create DNA that is responsible for building out entire body structure. Choline and folate are known to be key nutrients involved in the methyl group processes, which the body uses to form genetic material that helps build every system within the body.

One of the main benefits of choline is that it is used by the body in a variety of ways that are crucial for nerve functioning, including aiding in nerve signalling and maintaining the membranes of brain cells.

Choline acts like a precursor to certain important neurotransmitters, including acetylcholine, which is used in healthy nerve and muscle function. Neurotransmitters are chemical symptoms of communication used throughout the body constantly to relay information from system to system.

The neurotransmitter acetylcholine specifically plays a part in memory and learning, so a choline deficiency can result in poor concentration, poor memory, mood changes and other cognitive impairments, especially as someone ages. Acetylcholine is formed when an acetate molecule combines with a choline molecule, so without enough choline present in the body, this molecule cannot be properly produced and brain function can suffer.

Choline is needed to properly transport fat from the liver to cells throughout the body. A benefit of choline is cleansing the liver because choline is partially responsible for keeping the liver clear from fat build-up that can accumulate and cause harm. Choline plays a part in transporting both cholesterol and triglycerides, two forms of important fats, from the liver to other parts of the body where they are needed.

In people who have low levels of choline present within their body, some studies have found that they are more at risk for experiencing liver damage and even liver failure. Choline also helps form LDL cholesterol within the liver, and even though LDL is considered the “bad” kind of cholesterol, a certain level is still needed for healthy functioning — without enough, the body will suffer by storing fat in the liver.

Another one of the benefits of choline is its ability to keep your mind mentally sharp as you age. Because it’s a component of cell membranes and neurotransmitters that are used in nerve signalling, choline also plays a role in preserving memory and preventing dementia, memory loss and other signs of cognitive decline as someone becomes older.

As we age, our brain becomes less elastic. Choline does an important job of maintaining brain elasticity by working to maintain levels of acetylcholine, which naturally declines into old age.

5. Can Help with Exercise Performance and Muscle Function

Choline helps to improve mental energy, focus and concentration, which are all important for physical activity and athletic performance. It’s believed that choline’s effect on your metabolism and neurotransmitters in the brain can produce quicker reaction times and cut down on the amount of time needed for mental processing.

Choline may also be helpful in improving energy levels, your mood, sleep cycles and recovery time following strenuous activity. Additionally, choline is used in muscle nerve functioning and may be useful in preventing fatigue and muscle aches or pains following exercise. Every time a muscle moves within the body, choline is needed to activate the neurotransmitter acetylcholine, which sends chemical signals to muscles and makes them mobile.

Choline and folate assist in the conversion of homocysteine, which prevents the body from accumulating too much fat and may be beneficial in cutting down on the risk of having a heart attack or stroke. Homocysteine is an amino acid that enters the body from protein sources, normally meat, and high levels of homocysteine have been correlated with development of heart and blood vessel diseases.

Some studies have shown that choline and lecithin can help to reduce blood cholesterol and risk for heart disease, but different studies have yielded inconsistent results, so more research is still needed before doctors will begin to prescribe choline for its ability to lower LDL (“bad”) cholesterol and triglycerides.

Pregnant women need even more choline than anyone else because choline is rapidly used by fetuses while their brains, cell structures and nerve channels are forming. Some studies even show that when a fetus obtains more choline, they have a better chance of later having healthy, sharp brain functioning and a lower risk of brain abnormalities.  Other studies show that pregnant women with a low blood level of choline have been shown to be at a higher risk for having children with neural tube defects and developmental problems.

Choline is also naturally found in breast milk since it’s important for a newborn’s growth and proper development. This is the reason it’s added to most infant formulas. Neuron synapses are being formed in the brain of fetuses and infants at a very rapid rate, so choline plays a major part in helping to build the foundation of the brain’s structure.

Choline is also important during pregnancy because of its relationship with folate. Choline, folate and B vitamins all work together to keep levels of one another in check. Choline is one of the methyl donors in the body — which means that when folate, a vital nutrient needed for fetal development, is low, that choline is able to help fill in and carry out body functions where folate is needed but is missing.

One of the major reasons of not getting a sleep at night is over-thinking. The human brain is unable to rest and thoughts keep coming and going thereby keeping us awake. The thought process is guided by serotonin, a hormone. When serotonin levels are low, we are unable to sleep – maintaining optimal levels of serotonin promotes deep and sound sleep. Inositol works very well with serotonin and makes sure that the levels are high enough to make you feel peaceful during your sleeping hours.

OCD stands for Obsessive Compulsive Disorder. It’s a physiological disorder potentially caused due to lower levels of serotonin – so again, inositol comes into play here. Inositol is converted into two neurotransmitter chemicals into the brain that regulate serotonin levels.

A study conducted on multiple OCD patients has lamented the fact that supplementing with Inositol has gradually improved OCD and depression levels have also fallen.

Inositol is a natural drug for the treatment of OCD.

Depleted levels of Inositol affect the hair and individuals suffering from hair fall or itchy scalp might be inositol deficient. Deficiency in inositol levels happens largely due to these two reasons: 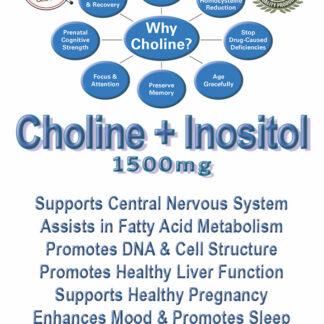