CoQ10  (short for Coenzyme Q10) is an essential element for many daily functions and is required by every single cell in the body. As an antioxidant that protects cells from the effects of ageing, CoQ10 has been used in medicine practices for decades, especially in the case of treating heart problems.

Research shows that patients with other inflammatory health conditions, such as breast cancer, diabetes, viruses and infertility, may also find these supplements helpful for both prevention of complications and treatment of symptoms.

The name may not sound very natural, but CoQ10 is in fact an essential nutrient that works like an antioxidant in the body. In its active form, it’s called ubiquinone or ubiquinol. It’s synthesised within the body naturally and used for important functions, such as supplying cells with energy, transporting electrons and regulating blood pressure levels. The reason it’s not considered to be a “vitamin” is because all animals, including humans, can make small amounts of coenzymes on their own even without the help of food.

CoQ10 plays a role in “mitochondrial ATP synthesis,” which is the conversion of raw energy from foods (carbohydrates and fats) into the form of energy that our cells use called adenosine triphosphate (ATP). This conversion process requires the presence of coenzyme Q in the inner mitochondrial membrane. One of its roles is to accept electrons during fatty acid and glucose metabolism and then transfer them to electron acceptors. The process of making ATP has many benefits, from preserving muscle mass to helping regulate appetite and body weight.

Oxidative damage (or free radical damage) of cell structures plays an important role in the functional declines that accompany ageing and cause disease. As a fat-soluble antioxidant, CoQ10 has been found to inhibit lipid peroxidation, which occurs when cell membranes and low-density lipoproteins are exposed to oxidising conditions that enter from outside the body.

In fact, when LDL is oxidised, CoQ10 is one of the first antioxidants consumed to help offset the effects. Within mitochondria, coenzyme Q10 has been found to protect membrane proteins and DNA from the oxidative damage that accompanies lipid peroxidation and neutralise free radicals directly that contribute to nearly all age-related diseases (heart disease, cancer, diabetes, etc.).

3. Can Improve Heart Health and Offset Effects of Statin Drugs

Although experts feel that additional well-controlled clinical trials are still needed to prove its effects, CoQ10 has strong potential  for prevention and treatment of heart ailments by improving cellular bioenergetics, acting as an antioxidant and boosting free radical-scavenging abilities. A 2015 report published in Frontiers in Bioscience referenced earlier stated that “CoQ10 deficiencies are due to autosomal recessive mutations, mitochondrial diseases, aging-related oxidative stress and carcinogenesis processes, and also a secondary effect of statin treatment.”

What we do know is that CoQ10 supplementation seems to be useful for those taking statins, since it lowers side effects that they often cause. Statins are used to reduce an enzyme in the liver that not only decreases the production of cholesterol, but also further lowers the natural production of CoQ10. It’s now widely accepted that CoQ10 can interact with lipid lowering medications that inhibit the activity of HMG-CoA reductase, a critical enzyme in both cholesterol and coenzyme Q10 biosynthesis. A supplement of CoQ10 is therefore essential to restore natural levels to their optimum and counter the effects of statin drugs.

4. Slows Down Effects of Ageing

Mitochondrial ATP synthesis is an important function for maintaining a fast metabolism, strength of muscles, strong bones, youthful skin and healthy tissue. Tissue levels of coenzyme Q10 have been reported to decline with age, and this is believed to contribute to declines in energy metabolism and degeneration of organs, such as the liver and heart, and skeletal muscle.

Although supplementing with CoQ10 has not been shown to increase the life span of animals that have been tested with it, researchers believe it can slow down the age-related increase in DNA damage that naturally affect us all. More research is still needed to draw conclusions, but possible anti-aging benefits of consuming more CoQ10 include decreased muscle loss, less signs of skin damage, and protection from bone or joint injuries.

Within cells, CoQ10 helps transport proteins across membranes and separate certain digestive enzymes from the rest of the cell, which helps maintain optimal pH. It’s believed that diseases develop more easily in environments that don’t have proper pH levels, specifically those that are not overly acidic.

For several reasons, likely including its ability to maintain proper pH, several studies have found that CoQ10 can help improve overall immune function and might even lower risk for cancer. Starting around the 1960s, researchers began testing the effects of CoQ10 on immune function and found that people with certain types of cancers (myeloma, lymphoma, breast, lung, prostate, pancreas and colon) had reduced levels in their blood. Recently, studies involving adult women with breast cancer found that when patients supplemented with CoQ10, the women’s conditions improved.

In those with cognitive impairments, such as Parkinson’s disease, increased oxidative stress in a part of the brain called the substantia nigra is thought to contribute to symptoms. CoQ10 has been shown to offset decreases in activity of mitochondrial electron transport chains that affect nerve channels and brain function, and studies show that people with cognitive disorders tend to have reduced levels of CoQ10 in their blood. 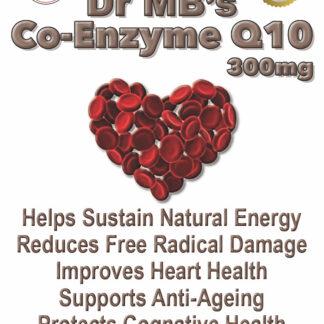